The 2012 Aguineguin Beach clean - This time with Pro Photos! 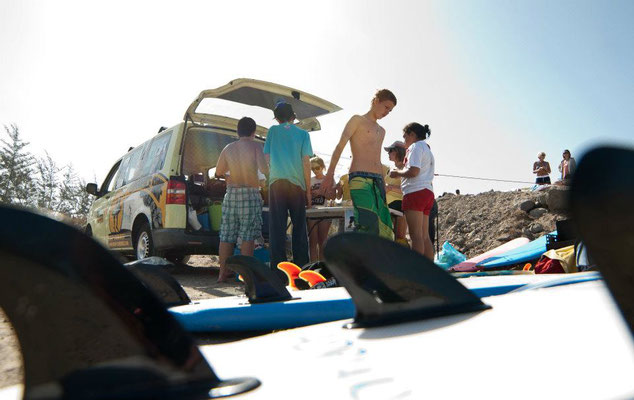 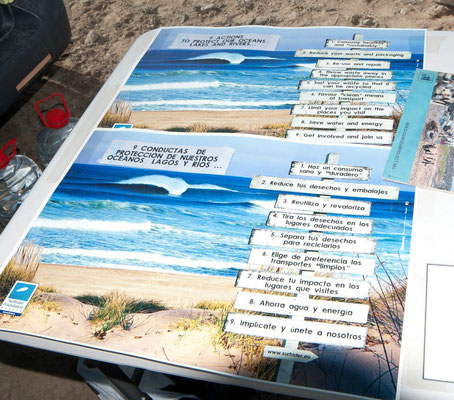 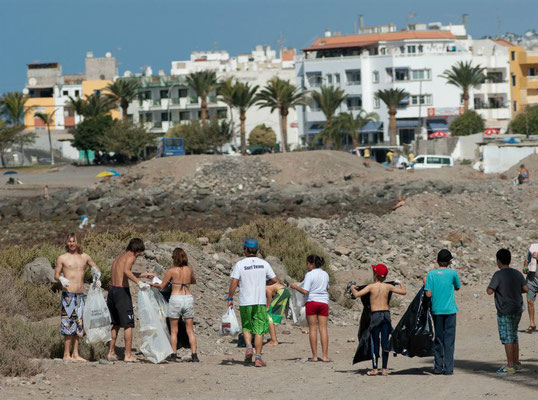 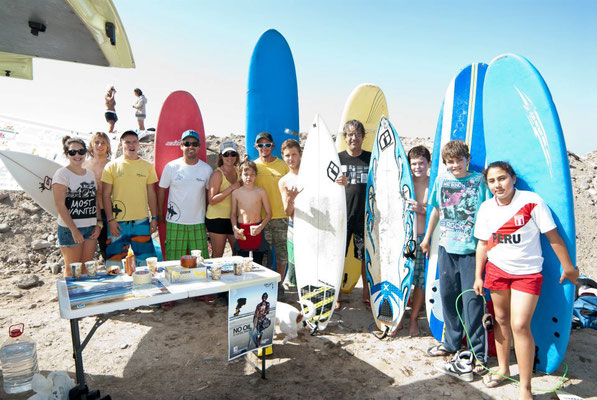 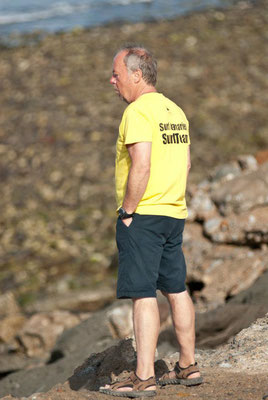 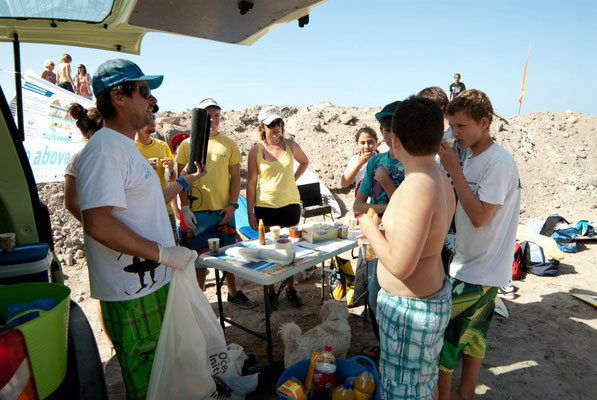 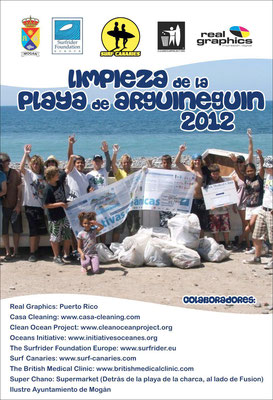 Surfrider Beach Clean: Arguineguin 2012
In 2011, 42,000 volunteers in 35 countries got together to help clean up more than 1200 beaches, lakes and rivers over a weekend. They collected the equivalent of 38 busloads filled with aquatic waste,
talked about their consumer habits and took action against the pollution of the sea.
Two of these beach cleans took place in Gran Canaria,
...and this year, the Surfrider Foundation were back with Team Surf Canaries and the Clean Ocean Project for the 2012 Arguineguin Beach Clean
It has been a long road since the "Rise against Plastics" campaign started in 2006 but in this time, the Surfrider foundation (http://www.surfrider.eu) have stated that, apart from terrifying findings, comforting news is that we are seeing an increased citizen concern and a certain change in their behaviour. Every year, more people turn up to the gatherings.
The fact of the matter is simple. We are beginning to see the severely of our situation and begin to relate the importance of things like the ocean.
We are seeing in some parts of the ocean that there are 5 times more plastic than plankton and it is a proven fact that there isn´t a single beach left on this planet on which you will not find plastic.
We are seeing species dyeing out and we are beginning to understand how important the ocean is - it controls our whole weather system by regulating moisture and airflows between the equator and the poles. With even small changes to this we could see catastrophic events...

...Did you know that well renown clever chap Albert Einstein once predicted that if the humble bee where to become extinct, due to a knock on effect, mankind would have just 4 years before his extinction also?
The Rise Above Plastics campaign is a campaign to inform people, to raise awareness, and to spread good habits amongst the citizens of the entire world. Its aim is to make the public at large and also packaging producers aware of the impact their consumption and production is having on the sea and ocean, the coasts and river banks.

The campaign is aimed to make citizens aware of the need to change their consumer behaviour. Above all;
"The idea is not to just clean a beach, or even encourage people to do so, it is to make sure they are more careful about their waste and review their plastic consumption from the outset - the most environmentally friendly products are those that have never been made (for example, reuse a bottle for drinks and you avoid the production of a brand new plastic bottle each day) "Our biggest challenge is to make people aware of this, get them to feel how important this is, and only then will people change their habits"
So, the 17th annual "Ocean Initiatives" was held between 22nd - 25th March 2012 throughout the world and is thought to have hosted close to 1200 beach/river/lake cleans almost simultaneously. Let´s see how the Surf Canaries team did when they went to clean the famous "Callao" beach in Arguineguin...
Things didn't start great... Our beach clean kit that was lovingly packed and sent to us from Surfrider Foundation Europe´s HQ in France had been released from Customs by Estellez UPS company, who then in turn demanded lots of money to release the package. Lots of shouting ensued and to cut a long story short, people doing a good deed had to spill out good money to keep the project on course and our pack arrived just 3 days before the beach clean, not too much time for a poster campaign...
On the plus side, 2012 saw the collaboration with the Clean Ocean Project http://www.cleanoceanproject.org/. These guys are from Fuerteventura and organize beach cleans, monitor pollution situations and make some very nice environmentally friendly clothes.
Also, we saw great co-operation from the Mogan town hall with plastic bags and container supplied by the enthusiastic team in the office
Once again, the beach clean saw reliable collaboration from it´s faithful sponsors that support the beach clean each year:
CaSa Cleaning: http://casa-cleaning.com
Super Chano Supermarket (near to la charca beach, next to Fusion resturaunt)
Oceans Initiative: http://www.initiativesoceanes.org/
Surf Canaries www.surf-canaries.com
The British Medical Clinic: http://www.britishmedicalclinic.com/
Real Graphics Puerto Rico
Underwater Canarias Photography: http://www.underwatercanarias.com/
Please return the favour by using these local and good willed small businesses (the bigger businesses were no where near as generous!).
The day arrived, earlier than expected due to the change of the clocks! Some sleepy heads soon were running around excitedly when they saw the surf - perfect chest high waves greeted us... so it was straight in the water for the surf team for the pre-beach clean surf (whilst the none surfers had an impromptu BBQ sausage breakfast, also good!)
Once out of the water the team took position, sweeping along the beach from the small rock swimming pool, across to the "charca" river mouth, on past the football stadium and right up to the cement factory, separating plastic, carton, tin and other residues.
There was a good turnout from between the volunteers (not as many as we would have liked, but they made up for it with their enthusiasm) and it was really encouraging to see non-participants helping out, bring rubbish down and asking to join in. Some volunteers had come as far as Las Palmas to help, whilst other more local kids had to overcome adversity to participate - one example was a "grounded" youngster who had to negotiate his escape with his parents by tidying his house, to be aloud out to tidy the beach!
Once the beach was done, the BBQ was lit and there was more surfing to be had. With the van blaring music all day, the information stand with all the relevant flyers and snippits from the surfrider foundation on the stall and a couple of educational DVDs playing on loop in the van, there was a really good atmosphere on the beach.
So what is it that we want to say with all this?
Respect
the ocean, it is more important than we know
Refuse
the ubiquitous presence of plastic in our lives by avoiding over-packaged products and un-necessary plastic bags (which your average shop assistant will try to force onto you and all times!)
Reduce
our consumption of plastic, especially single use items such as plastic bags and plastic bottles.
Re-Use
old and used items
Recycle
our waste. This includes reducing our consumption - the most sustainable solution since recycling has an environmental cost
Many thanks to all who participated and the sponsors of the event. What a fun way to help out the beach and the rest of the environment!