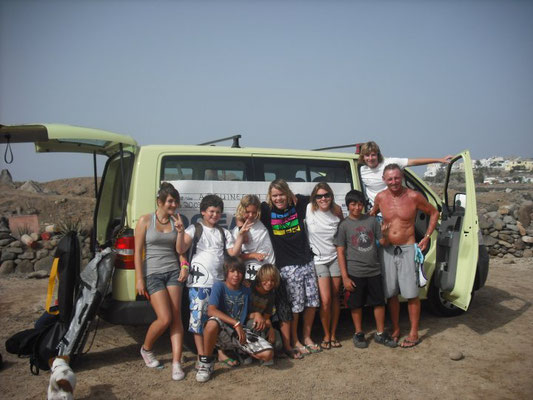 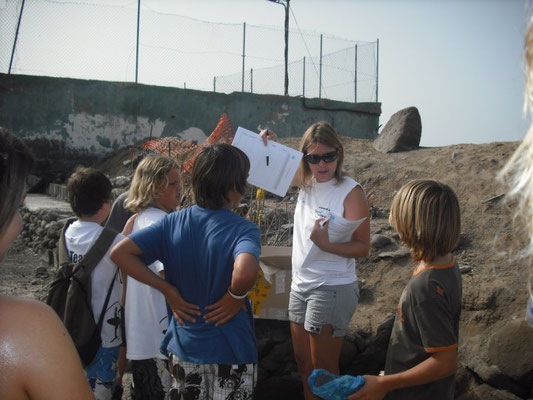 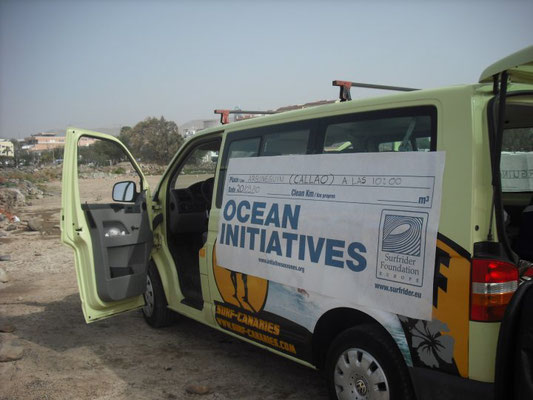 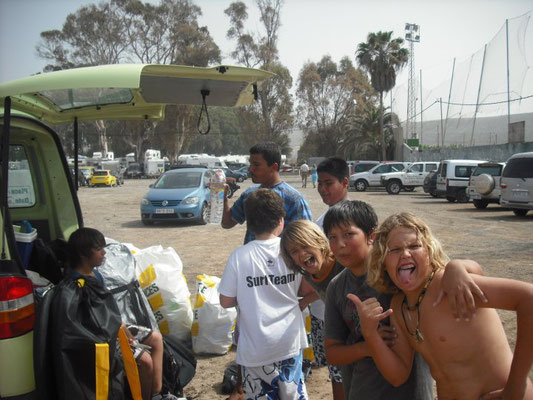 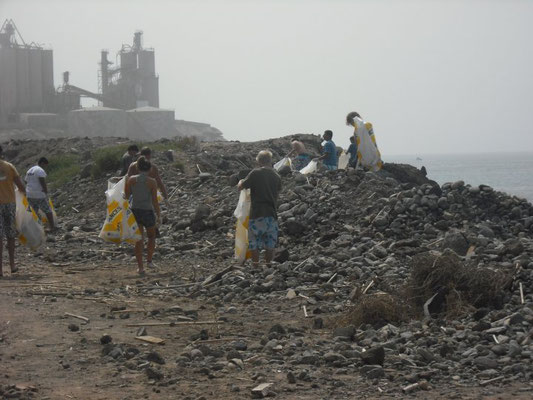 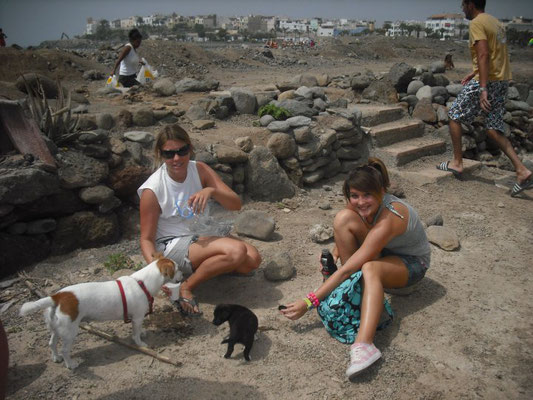 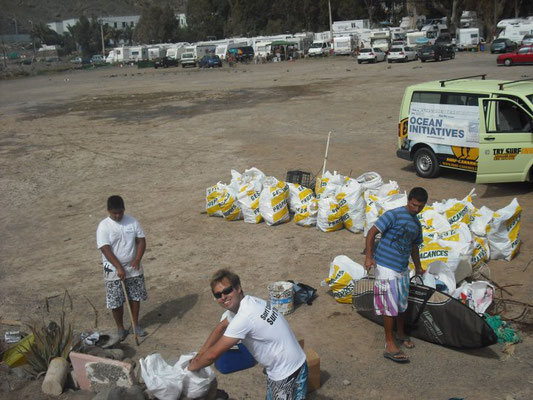 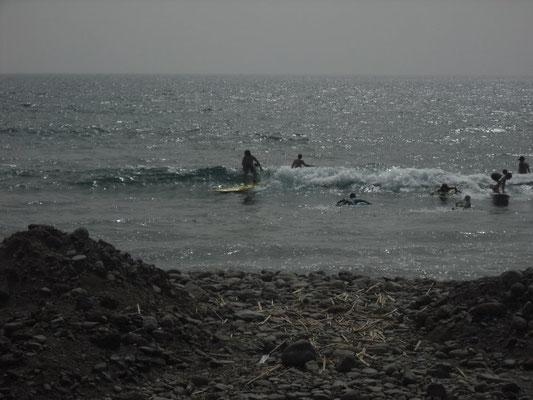 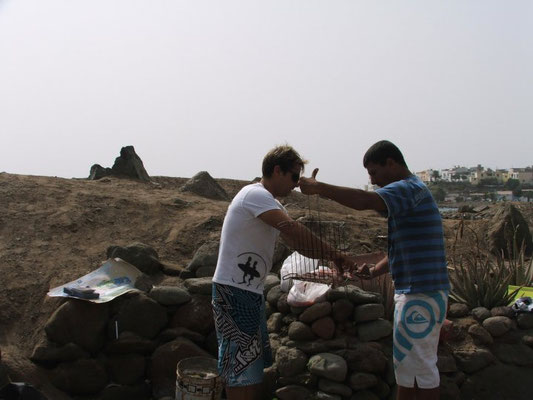 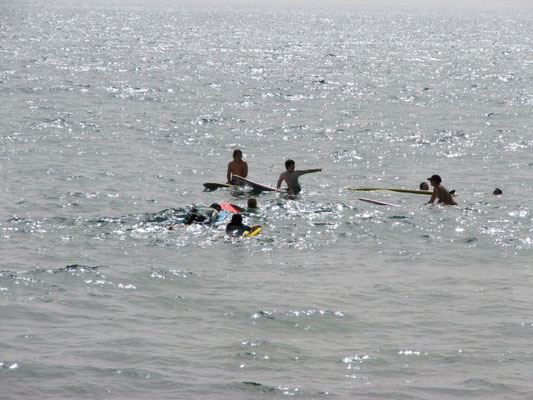 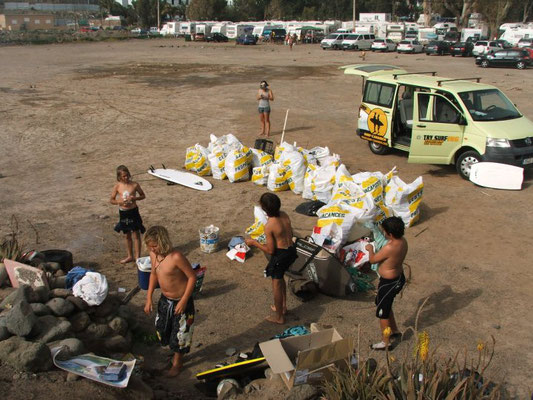 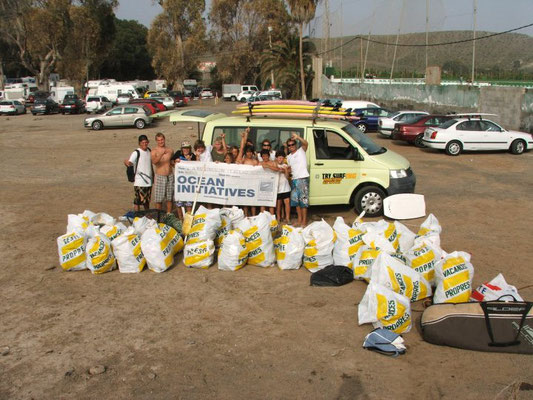 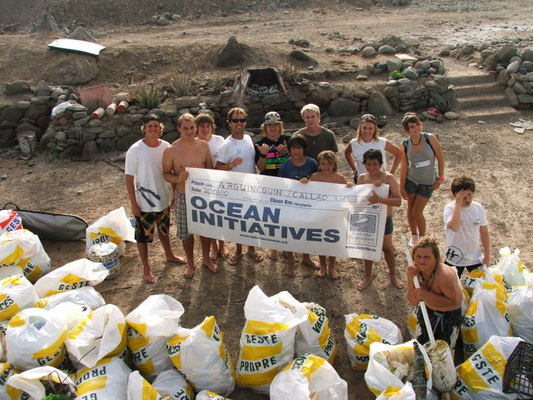 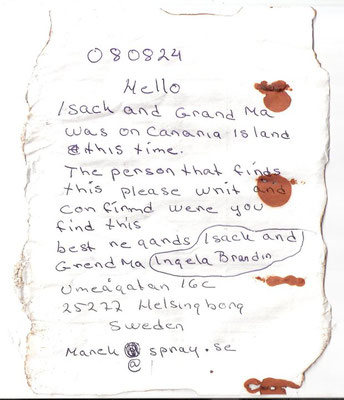 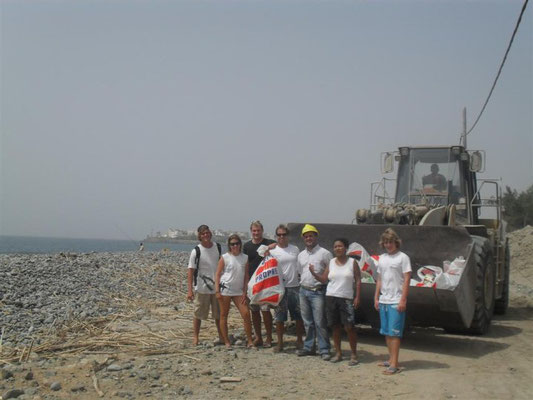 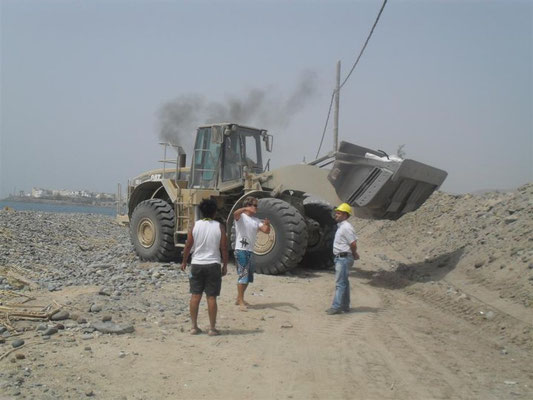 On the 26th March, 2010 Arguineguin Beach clean went off with a bang, simultaneously with 973 other beach cleans around Europe.

For the 16th year in a row, the Surfrider Foundation launched its Oceans Initiative throughout Europe and 2010 was one of the biggest years on record. The initiative had several incentives, not the least of which was to achieve beaches, lakes and rivers which are now clear of plastic, but also to highlight to people that if they leave plastic on the beach, they should change their ways.

Locally, our beach clean was organised by Surf Canaries Surf club and sponsored by Super Chano, CaSa Cleaning and the British Medical Clinic and with plenty of online build up, the day eventually arrived.

As we awoke on the big day, we were greeted by a nice surprise – after a week or two of flat ocean, we had WAVES! The beach clean was put on hold for an hour whilst the Surf Canaries Team took a quick training session…

On return, it was to work with earnest… 16 people (a number slightly down on last year but compensated by lots of enthusiasm!) carried out the beach clean which took them from the Playa de la Charca (the beach in front of Fusion) right up to the cement factory.

As organisers of the Arguineguin beach clean, we were overwhelmed by the children’s drive and commitment. Nobody left until the entire beach had been cleared. Everyone was united in the task and although the sun was strong, no-one complained and just got right on with it with a sense of fun.

The level of beach litter was far down on last year. This is a great sign – are people sitting up and taking note? Dropping less rubbish on the beach or in the sea? Are the local councils being more diligent with their beach management? We don’t know, but it is great news that our area is cleaner this year.

After the beach clean, it was time for another surf and to fire up the free BBQ for all hungry participants. Our BBQ was very kindly sponsored by Super Chano (the supermarket just round the corner from Fusion), Surf Canaries, CaSa Cleaning and The British Medical Clinic. All these companies are small, family run businesses in the area and willingly supported the cause. Nice, considering that some of the bigger, multinational companies that enjoy trade in Arguineguin couldn’t help out at all due to the “crisis” – still, we had to fetch some of their red logo emblazed plastic bags off the beach (no names mentioned! Rant overJ) - so please, support your local small business!

So, once again, these young surfers have proved, with no shadow of a doubt, that they love their surf beach and will go to all lengths to look after it and continue looking after it. Congratulations to all involved! Until next year…